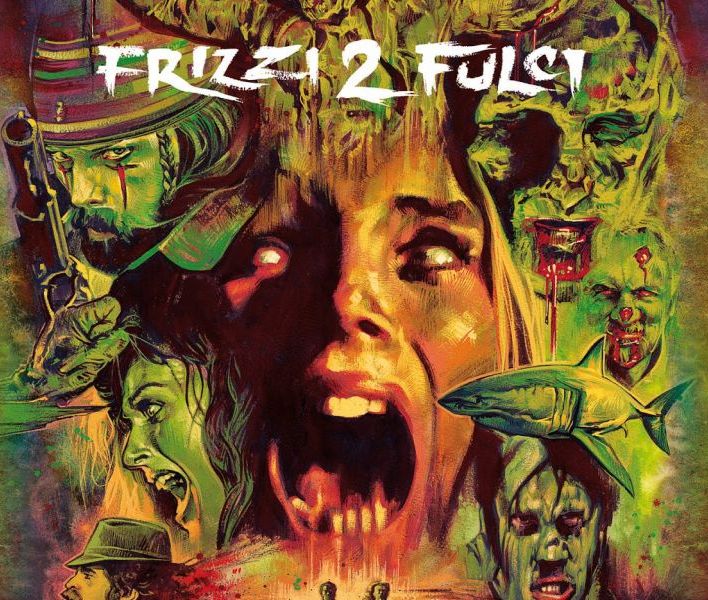 Fabio Frizzi performs his live score to The Beyond, accompanying a screening of the film, plus a tribute set to horror master Lucio Fulci live at RIBCO November 17th. Doors at 7PM. Music starts at 8PM. This is an event NOT to be missed! Tickets are available at WAKE Brewing, Ragged Records & Music and online at Midwestix. Watch the trailer for The Beyond below.

The Beyond is a 1981 Italian Southern Gothic supernatural horror film directed by Lucio Fulci, and starring Catriona MacColl and David Warbeck. Its plot follows a woman who inherits a hotel in rural Louisiana that was once the site of a horrific murder, and which may be a gateway to hell. It is the second film in Fulci’s “Gates of Hell” trilogy after City of the Living Dead (1980), and was followed by The House by the Cemetery (1981).

Filmed on location in and around New Orleans in late 1980, additional photography took place at De Paolis Studios in Rome. Released theatrically in Italy in the spring of 1981, The Beyond did not see a North American theatrical release until late 1983 through Aquarius Releasing, who released an alternate version of the film titled 7 Doors of Death; this version featured an entirely different musical score and ran several minutes shorter than Fulci’s original cut. The film was eventually shown by Quentin Tarantino in the United States in its original form in September 1998 after it was acquired by Grindhouse Releasing.

Following its release, the film’s reception was polarizing. Critics of The Beyond praised the film for its surrealistic qualities and cinematography, though faulted its narrative inconsistencies. Whereas horror filmmakers and surrealist fans viewed the inconsistencies as intentionally disorienting, supplementing the atmospheric tone and presentation. Ultimately, The Beyond is ranked among Fulci’s most celebrated films, and has gained an international cult following over the ensuing decades.